The term ‘Spanish culture’ can bring a handful of iconic images to mind. The most common Spanish cultural icons are bullfights, red wine, flamenco music, and famous Spanish artists. Their culture differs from the culture in Latin America. But beyond the surface level and the stereotypes, what is there to know about Spanish culture?

Read on to discover some other aspects to understanding Spanish culture.

No need to rush – maybe it’s the Mediterranean climate, or perhaps it’s something in the water, but you should never expect a casual meet-up to happen right on time in Spain. Spaniards are notorious for their laid-back approach to punctuality, and that lack of urgency and stress may be why they enjoy some of the highest life expectancies in Europe.

Spaniards traditionally have two surnames – Spanish family values and an overall sense of family unity is a huge part of their culture, and their naming practices are hard proof of that. The average Spaniard has four names: a first name, middle name, their father’s surname, and their mother’s surname.

There are no laws against nudity in Spain – like it or not, is what it is! Whether it’s for comfort during the hot Mediterranean summers or to avoid awkward tan lines while lying out on the beach, nudity is permitted from a legal standpoint. While we don’t recommend strolling down the streets of a major city in your birthday suit, be prepared to encounter beachgoers who have no reservations sunbathing completely naked. 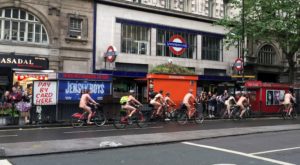 You should come bearing gifts – hospitality is a big part of Spanish culture. You should be prepared to return your host’s kindness when they invite you into their home. Whether you decide to bring wine, liquor, flowers, or chocolates, be sure to express your gratitude to your host in the form of a gift.

Diverse society and viewpoints – Be sure not to make the mistake of lumping all Spanish citizens into the same group. Some people and groups are sensitive to certain political issues, and many minority groups are currently dissatisfied with the current political climate.

Catholicism is huge in Spain – about 45% of Spain’s citizens declare themselves to be non-practicing Catholics, and over 23% claim themselves to be practicing Catholics. The impact of the Catholic Church has influenced the architecture and social customs within the country tremendously. The high percentage of Catholics in Spain doesn’t quite match up with its high divorce rate (65%). However, you should still be aware that religion plays a huge role across the country. 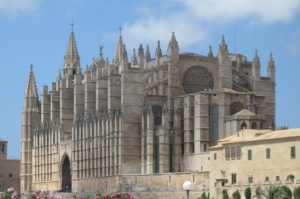 Spanish culture is unique and has a lot to offer in terms of music, dance, cuisine, art, and the many other aspects which comprise it. While there may not be many similarities between Spanish and American culture, it’s the cultural differences that make exploring Spain such an adventure.

Not only are we exploring Latin America, but other parts of the world in our website.