When most people think of Europe, they think of England, France, Italy, etc. In this section of our website we are going to explore the other side – Eastern Europe.

While there is no official line between Eastern and Western Europe, many people think of Eastern Europe to consist of Bulgaria, Hungary, Czech Republic, Ukraine, Moldova, Belarus, Russian Federation, Slovakia, Romania, and Poland. Some recognize Montenegro, Serbia, Albania, Croatia, and Bosnia as part of it as well as the Baltic countries.

When it comes to religious values, the eastern side of Europe contains mostly dominant Eastern Orthodox churches. This differs from Western Europe which is primarily Roman Catholic.

There are very beautiful women in Eastern Europe. They have very sharp features and are highly desirable. Picking up a woman of this descent can be very challenging. One encouraging thing for men is that in this part of Europe there are more women than men, which increases the men’s odds of success.

As far as cuisine goes there are many unique, delicious options to be found. One example is Borscht. This can be found in Eastern and Central Europe. It is a beet soup that you won’t find in many areas around the world outside of this one. Cabbage rolls, also known as Sarma, is popular in Romania as well as other eastern portions of Europe.

If you decide to travel there it is a very unique place. There have been many immigrants travel from East Europe to the United States, so they definitely have an imprint on the culture in the states.

This article goes over some great information on the women of Eastern Europe. There are many things to be aware of women pursuing an Eastern European woman, so make sure to check it out before doing so. 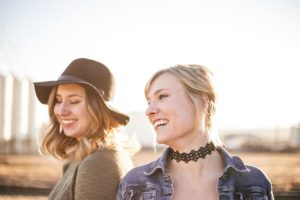 Perhaps you have not considered the beauty of Lithuanian women. This article goes over many of their tendencies and details what an attractive option they are.