There’s plenty to love about Mexico City, especially if you are looking for adventure and fun times. One thing particularly great is the Mexico City nightlife. 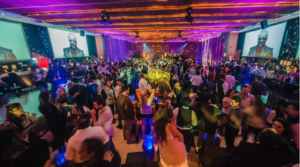 Most of La Condesa’s guests are young professionals who spend most of the night around bars in the neighborhoods of Parque México and Parque España to enjoy the nightlife in Mexico City.

Hot Mexican Weather Girls – Which Hispanic Lady is the Hottest?

So Many Hot Girls in Peru! – Dating Peruvian Women