Brazil is the largest country in South America, and it is absolutely stunning. It boasts beaches, mountains, and lush forests, with landscapes and natural resources as varied as the cultural diversity of its people. As far as Latin America goes, this is one everyone needs to check out.

If you’re considering a move from the USA to Brazil, it would be useful to brush up on some vital information to “know-before-you-go.” This knowledge will empower you for the move, protecting you from any unpleasant culture shock and unexpected financial pressures.

In this article, we aim to put you in the know, with essential information on the cost of living in Brazil vs. the USA. We will equip you with general information as well as tips for doing business in Brazil.

Cost of Living in Brazil 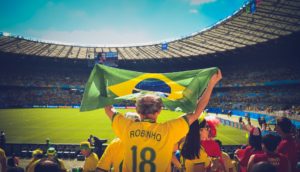 It surprises many to discover that this South American country is rather expensive. There are variations, with cities more expensive to than rural villages, for example, but many costs are still elevated.

Accommodation, manufactured goods, and transportation are expensive, with food costs depending primarily on whether you eat at home or in a restaurant. Services are more affordable, however, because of the country’s low labor costs.

While Brazil lags behind most of Western Europe and the USA in terms of economic development, city life and high salaries still afford expats a decent quality of life with access to most modern conveniences. The country has made significant strides to elevate its peoples by improving their standards of living and income levels, but Brazilians have a wide disparity in the wealth distribution.

This inequality problem has unfortunately resulted in incredibly high crime rates, too, especially within the larger cities, like Rio de Janeiro and Sao Paolo. It is concentrated mainly in the infamous informal settlements known as favelas.

Brazil is still one of South America’s leading economic powers, however. It is a BRICS country with the beautiful Amazon forest within its borders and picturesque beaches.

International English-speaking schools exist, but it is advisable to learn some Portuguese. Most people do not speak fluent English, with language is one of the significant influences on the Brazil vs. United States culture gaps.

At the current exchange rate of 1 USD to 4.13 BRL, let’s explore the daily costs of living in this Latin country.

Rental accommodation is expensive, and this aspect will be the most significant expense. The average rental costs $605 to $730 per month for a one to two-bedroom apartment in the city.

Education is on par with rental and housing costs. Public schools are generally not well regarded, and private and international schools cost a pretty penny. Daycare for a toddler averages $283 per month, and the average annual fees of an international middle school are $6,053 per student.

General groceries, such as milk, chicken, eggs, bread, and rice, are moderately priced.

Eating out, though, is more expensive. A Big Mac meal will cost $6.60, and a three-course meal at a restaurant averages $18.20.

Cigarettes are not cheap either, with a pack of Marlboro’s at $2.20.

Utilities and internet costs are moderately priced. Expect to pay $0.30 per minute for a mobile-to-mobile call, and $25 on average for an uncapped monthly internet package. Utilities average $60 per month for a small household.

Cost of Living in the United States 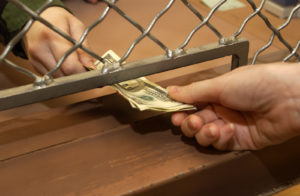 The United States is the world’s most developed economy, and the cost of living is relatively high. The level of convenience and availability of essential services, however, is top-notch. You will easily access schools, transportation, medical care, amenities such as grocery shopping, and entertainment.

So, how does the cost of living in Brazil vs. the USA compare?

Rental accommodation is expensive. Expect to pay an average of $3000 per month for a one to two-bedroom apartment in one of the major cities like New York or Los Angeles.

Education costs are high when it comes to elementary education, too. Public schools are well-equipped, but private and international schools are reserved for the wealthy. Many families opt for one parent to stay at home and look after the children, as daycare costs are exorbitant.

Expect to pay $800 per month for daycare and $16,000 a year for one child at middle school. If you are considering an international school, you will be paying $40,000 per year for one enrollment.

Groceries such as milk, chicken, eggs, bread, and rice are moderately priced.

Eating out is expensive. A Big Mac meal will cost you $9.00, and you’ll pay $20 for a three-course meal at an average restaurant.

Local beer and wine are also quite expensive; a 500ml bottle of local beer will cost you $2.16, and an average bottle of wine $15. Cigarettes are even pricier, and a pack of Marlboro’s costs a whopping $14.50.

Telecommunication costs are lower at $0.08 per minute for a mobile-to-mobile call. You will pay $60 for uncapped monthly internet, but the Mbps is impressive in this connected society.

Utilities average $150 per month for a small household.

Transportation costs are reasonable, and the USA is a country of cars and interstate highways, like the infamous Route 66. Gasoline costs $0.80 per liter, and a monthly pass on public transport costs approximately $127—three times higher than what you’d pay in Brazil.

Cost of Living in the United States vs. Brazil

How does the cost of living in Brazil vs. the USA compare? It’s 35% cheaper overall to live in Brazil. Access to certain services and conveniences are limited, however, compared to the United States.

The hospitality industry exhibits the widest disparity at 77% more to eat out in the United States than in Brazil.

In the United States, however, you will have easier access to elementary public schools, higher internet speeds, convenient grocery shopping, and better transportation infrastructure. The medical care and entertainment standards are both higher in the United States.

If you’re considering moving to Brazil for business, one of the best tips for doing business in Brazil is to learn Portuguese. It will be easier to make a professional first impression as great weight is placed on verbal communication within the culture.

You must also exhibit a lot of patience in Brazil as business negotiations take time. Meetings often start and end after the allotted time, for example.

And don’t forget to seal your deal with a cup of coffee! When in the largest coffee producing country in the world, do as the Brazilians do and bask in the coffee culture.