Many people make the mistake of lumping Spanish and Mexican cuisine into the same group. While these two nationalities have some similarities related to both their cultures and their food, they are two very different culinary worlds.

When it comes to Spanish food vs. Mexican food, there are a few fundamental differences to keep in mind. For instance, Spanish food draws inspiration from Mediterranean cooking, and it has many dishes that feature seafood. Spanish cuisine was significantly influenced by several other cultures throughout the country’s long history, including the Persians and the Romans.

Mexican cuisine, on the other hand, is based on the Mesoamerican culinary tradition. While it is true that Spanish culture heavily influenced Mexican cuisine, Mexican dishes tend to be much spicier and feature meat from land-based animals rather than seafood. Latin American cuisine, including Mexican food, uses intense spices and flavors which set it apart from the milder, complex flavor profile of many traditional Spanish dishes.

There are also a handful of strong similarities between these two cooking styles. Rice is a main staple within their recipes, and both rely on chicken, pork, and beef to make some of their most iconic dishes. Both traditions also use tortillas, but the Spanish version is egg-based rather than being corn flour-based like its Mexican counterpart.

Breakfast is the most important meal of the day, and you’re sure to find something great whether you decide to go in the Spanish or Mexican direction. Both cultures have their unique breakfast foods as well as their own eating schedules, so it’s essential to know the differences between them.

With Spanish breakfast foods, you can typically expect to start your day with a cafe con leche (coffee with milk) and either something hearty or something sweet. Toasts and sandwiches made with freshly baked bread, meat, and cheese, are typically eaten with olive oil. You can also indulge your sweet tooth with something sweet like an almond croissant, or even churros dipped in chocolate. 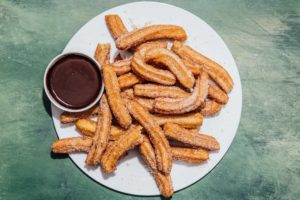 As for Mexican breakfast foods, the general concept is similar to Spanish culture. Many people like to wake up by sipping a coffee or hot chocolate alongside a piece of pan dulce (sweet bread). If you’re looking for something a bit more filling, you shouldn’t miss out on huevos rancheros. This famous breakfast dish features fried eggs, fresh veggies, and tomato salsa on top of a corn tortilla. 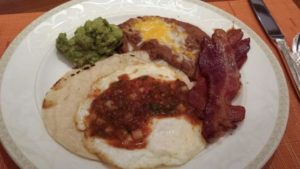 Although Spanish and Mexican breakfasts each have their dishes and unique twists, they have a lot in common too. Both countries have warm climates, which allows for the growth of a lot of fresh fruits making fresh-squeezed juice plentiful.  Whether you prefer coffee and a pastry or fresh juice with something heartier and egg-based, you can’t go wrong with either culinary tradition.

The Difference Between Spanish and Mexican Desserts

Some of the most famous Spanish desserts are almond based, including polvorones (almond cookies) and turrón (Moorish almond candy). The Spanish are also big on custard-like desserts, such as their cinnamon-topped Spanish custard and sugary Calatan Cream. 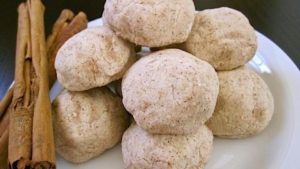 In terms of Mexican desserts, you should try Arroz con Leche (rice with sweet milk), pineapple empanadas, or a sweet fruit popsicle. Most of their baked goods, such as cakes and cookies, are flour-based rather than rice-based like their Spanish counterparts. Flan and churros are also quintessential Mexican desserts, but they are popular within the Spanish dessert tradition as well. 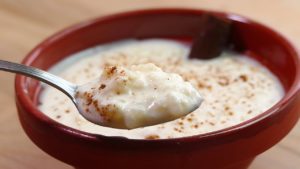 All in all, the most typical Spanish desserts tend to be cakes, cookies, or creamy treats. Whereas the Mexican dessert tradition incorporates sweet empanadas and fresh fruit popsicles into the mix. Mexican cuisine does put a unique twist on a handful of desserts derived from the Spanish culinary tradition. It also has plenty of desserts uniquely associated solely with Mexican dessert culture.

In Spain, lunch is the main meal of the day. Usually, it’s enjoyed over several courses. Lunch in Spain typically includes a light soup, some fresh fish or meat dish, a salad, a light dessert, and a coffee or digestif to finish. The large meal usually lasts for an hour and is followed by a short mid-day nap before returning to work.

Traditionally, Spanish dinners take place very late (around 9 PM) and are considerably lighter than lunch. A light dish made from fish or meat alongside veggies or rice is typical. The entree is then often followed by a light dessert such as custard or a small pastry.

Mexican lunch (La Comida), is served between two and four in the afternoon and is the most substantial meal of the day. Like Spanish culinary culture, it features several courses and allows for a break in the middle of the day. Fruit-flavored water, tortillas, and salsa typically accompany a Mexican lunch, and it is a chance for families to eat together in the middle of the day before the adults return to work.

Dinner is not typically a heavy meal in Mexican culture, and it usually consists of something small such as a few tacos or tamales. Often people eat a small portion of leftovers from lunch or even just a piece of sweet bread with hot chocolate.

Although Spanish and Mexican cuisine each have uniquely defining foods, customs, and characteristics. There is no denying that they have some striking similarities as well. It is no surprise that Spanish culture and historical tradition has, in some way, impacted all aspects of Mexican culture. Still, Mexico’s Mesoamerican roots set it apart from Spain’s more European tradition, and the differences between the two countries speak for themselves.

If you want to try something a bit lighter with more complex flavors with a predominantly European influence, Spanish cuisine may be your choice. If you prefer something a bit bolder and heartier that makes use of stronger spices, Mexican food may be more what you want. No matter which cooking tradition you decide to explore first, you’re sure to find something that you love!