Travel to South America, and you’ll understand the instant appeal of this vast continent. It’s an artist’s dream: the mountains of the Andes, the atacama desert of Chile, the ranches and vineyards of Argentina, the rainforests of Colombia, and the beach resorts of Costa Rica. These picturesque Latin America countries are some of the safest countries to visit!

Unfortunately, popular opinion has long held Latin America as dangerous and embroiled in drug wars. In the past, this bleak perception of Latin America may have been accurate, but a lot has progressed since then. There are numerous countries in South America with almost no crime rate and even lower crime rates than the developed world.

So, which Spanish speaking countries can you feel safe visiting?

Most Latin American countries are former colonies of either Portugal or Spain. This European influence contributed immensely to the religion and national language of the people.

Chile’s diverse landscapes comprise of deserts, beaches, mountains, and lush forests, and a stunning national park which makes this country stand out. Sample the Atacama Desert, visit numerous volcanoes, and kayak in a maze of picture-perfect lakes.

Argentina is hands-down the beef capital of the world. Visit the land of the gauchos to see how cattle ranching is done authentically. It is the second-largest country in South America and the eighth largest in the world. Also a very safe place to visit in the Latin America world.

Argentina has a cosmopolitan city that is accessible, modern, fashionable, and full of high-quality eateries. This land is the home of beef and a carnivore’s heaven. 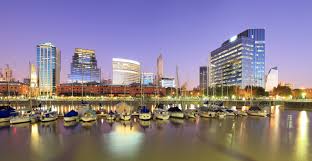 With a global peace index of 75 and only seven homicides per 1000 people annually, this country is high on the safety ladder as the safest countries in Latin America.

It has exquisite beaches and majestic mountains, where the ancient city Machu Picchu sits. If you love hiking and history, Peru and machu picchu is the right place to visit.

The capital city, Lima, offers exotic beaches, as well as an authentic Latin American city experience with dancing and fountains. You won’t have to worry about crime when you’re out and about at night, either. The crime rate in Peru is almost zero, and, with a Global peace index of 80, Peru is can be a the top of the safer places to visit in Latin America.

Costa Rica is known as “the rich coast,” and it is a tropical paradise over in central america. It is a warm and welcoming country with a convenient and modern capital city, San Jose. The country has a high Global peace index of 33, with a low crime rate, clean water supply, and quality medical care with its world-class doctors and hospitals. 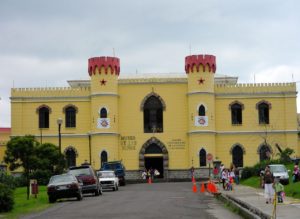 You’ll experience some crime, but should you take the recommended precautions and heed travel warnings, these incidents will be minimal. You’ll have a wonderful time in this Latin america country. Many consider Costa Rica not only an excellent tourism destination but an ideal place to live, work, and retire as its one of the safest countries.

Also known as the Oriental Republic of Uruguay. After transitioning back to Democracy, the America Uruguay relations are very strong.

There is a travel advisory for people going to Uruguay. Despite this there are many safety reports that make traveling to this country a low-risk venture. One thing to keep an eye on is the possibility for natural disasters.

When it comes to South America, Uruguay is about as safe as it gets. They are ranked as the “most livable and greenest country” in not only South America, but also North America.

That said, it does not mean there is no crime that happens in Uruguay. Be sure to be aware of your surroundings when it comes to possible pickpocketing, mugging, handling money and other similar situations. You probably already are, but we are just giving you a heads up to be sure you don’t lower your guard because you assume you are in some sort of Utopia that doesn’t exist.

We haven’t even covered all the other safest countries that qualify on the global peach index to be listed among the most secure Spanish speaking countries on the South American continent. Other notable countries in Latin America include Cuba, Guyana, American Uruguay, Ecuador, Bolivia, and Paraguay. You will find that Iceland ranks as the safest country in the world on the global peace index.

It’s always advisable to read the State Department’s travel updates before you go, as situations erupt all over the world. Safety problems can happen anywhere, including american countries like the United States, which interestingly is one of the world’s largest Spanish-speaking countries with a sizeable Latino community. The United States is one of the safest countries in the world compared to Latin America countries.

Ecuadorian Women – How to Date a Sexy Girl From Ecuador