Judging by the Americanized versions of Mexican customs, you would assume Mexicans drink non-stop. Make no mistake, the Mexicans get their party on, like many destinations in Latin America. In this article, we discuss the legal drinking age in Mexico as well as some other Mexican social norms.

Mexico is not on top of the list of countries with the most alcohol consumption. The consumption of alcoholic beverages in Mexico rises to its peak during the fiesta celebration. Mexicans may not drink as frequently as you expect, but when they do drink, they tend to drink heavily. Mexico is rich in culture, traditions, and flavors. If you are a drinker visiting Mexico, trying the unique beverages would surprise you on so many levels.

Aside from the famous Tequila and Margarita, they have ancient traditional liquors like Pox, Sotol, Xtabentun, and Pulque. Pox is a liquor made of corn, sugar cane, and wheat that was commonly consumed by the Mayans for ceremonial purposes.

If you plan to visit Chihuahua, Durango, and Coahuila, you can have a taste of their state drink, Sotol. Xtabentun is a legendary drink that originated from the Yucatan Peninsula. Pulque is a popular traditional alcoholic beverage made from fermented agave.

Contents hide
1 What is the Drinking Age in Mexico?
2 Teenage Travelers in Mexico
2.1 Young Americans Flood to Mexico for Spring Break
3 Alcohol Safety in Mexico
3.1 Avoid Binge Drinking
4 Be Weary of Tainted Alcohol
5 Traveling with Family in Mexico
6 Traveling Solo in Mexico

What is the Drinking Age in Mexico?

In Mexico the legal drinking age is 18, when compared to the minimum legal drinking age in the United States, this gives young people in Mexico a three-year head start on the Americans. While three years may not seem like much, a lot of maturation occurs between the ages of 18 and 21. With proper identification, such as a driver’s license, an American who is 18 years old is free to legally consume alcohol. 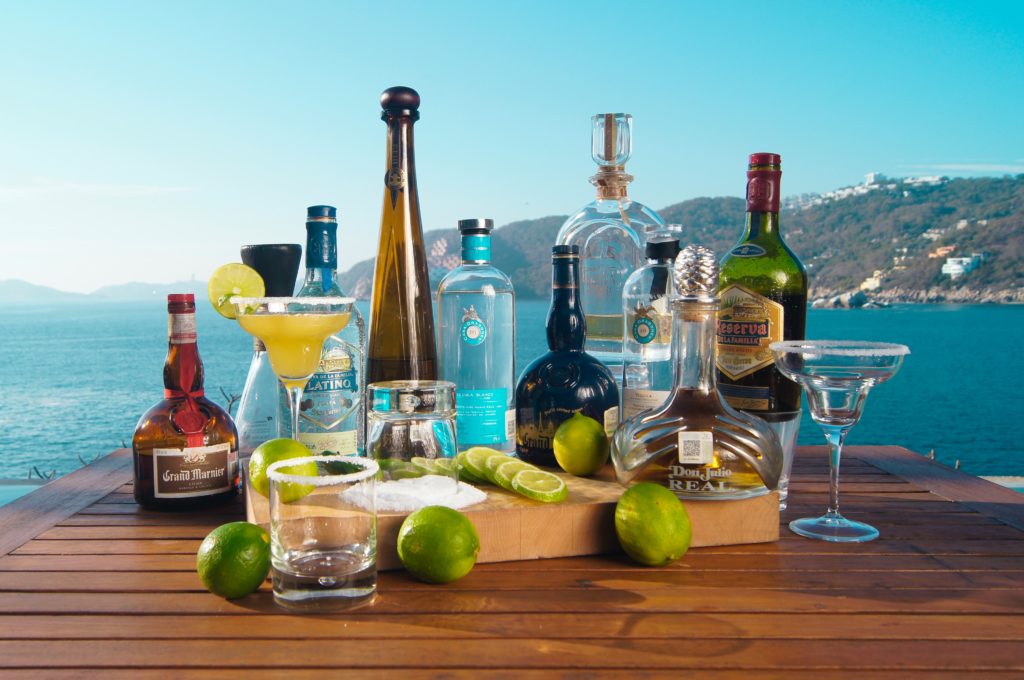 Photo by Menú Acapulco on Unsplash

Traveling should both be enriching and fun. The value of travel goes beyond just seeing new places and embarking on new adventures. It is only for the brave because it takes a lot of courage to step outside of your comfort zone to explore new locales and cultures that are much different from home. Many times alcohol consumption can result in these tourists going too far outside of their comfort zone.

The beauty of travel is that it allows you to experience traditions and lifestyles that can open your mind to a new perspective. Mexico is a famous destination for American teenagers or young adults who want to explore other parts of the world. During spring break over 100,000 young Americans travel to Mexico to enjoy that lengthy vacation. Part of the reason for that is the lenient drinking laws of the Mexican government. Unlike in the United States, where only those who are 21 years of age or older are allowed to drink legally, in Mexico, you are allowed to start drinking at the age of 18. Just make sure that you bring your ID with you to prove your age whenever you head out to the clubs or bars or want to purchase any alcohol at a store. For your own safety, do not drink and drive. It’s just common sense. Alcohol abuse is never smart.

Also, it’s wise to not do any swimming while drinking as well, even though that’s what a lot of people want to do in Mexico on vacation, right? It can be fun, but drunk swimming can be very dangerous as well. It’s best to not drink alcohol if you are going to be swimming, especially in the ocean. That said, many opt-out of this practice.

Under Mexican laws, public intoxication and carrying open bottles of alcohol in public places are not allowed. There is a national limit of 0.08 of blood alcohol content, and exceeding this limit a criminal offense. Many young adults head to the beach with the main goal of drinking alcohol.

There are however some areas where the legal blood alcohol content limit is more strict such as Aguascalientes, Chiapas, Distrito Federal, Estado de Mexico, Hidalgo, Jalisco, Michoacan, Tamaulipas, and Veracruz which all have a BAC limit of 0.04 and Chihuahua which has a limit of 0.05. Most would agree 0.04 is nowhere near excessive drinking, which can be reached as quickly as two drinks consumed.

Random spot checks on public transport are a practice in the country as well. Spot checks are for everyone; locals and tourists alike. Those drivers who are proven to have exceeded the legal limit will be arrested and can face jail time of up to thirty-six hours behind bars.

Local authorities have also started to reach out to minors and ask for IDs if they look underage when they’re drinking. While this may sound a bit extreme, it’s actually no worse not as strict as the United States, where anyone who even looks like they may be a minor is required to present an ID immediately before being served.

Counterfeit or tainted beverages are widespread and a problem in the country. It is something that you have to be vigilant about because a fake alcoholic product is often hard to detect. Inspecting your beverage before consumption is worth your time. Start from the bottlecap. Make sure that there is no leak in the cap. Most alcoholic products contain holograms that you can check for to verify the authenticity of the product. For the labels, it should be attached well to the product, and there should be no other labels over the label on the surface. If you feel sick after drinking, it may actually be in your best interest to seem medical attention right away.

This could be said about drinking alcohol no matter where you are, but binge drinking should always be avoided. The problem is when you are 18 years old you are not even aware but binge drinking is. Unfortunately, the only way some of these lessons are learned is through experiences.

Be Weary of Tainted Alcohol

This is especially true for women. This is not exclusive to Mexico as there are a lot of bad people out there looking to take advantage of young people who are participating in heavy drinking. While drinking in Mexico it’s a good idea to keep your beverage in your hand to avoid a bad situation.

Traveling with Family in Mexico 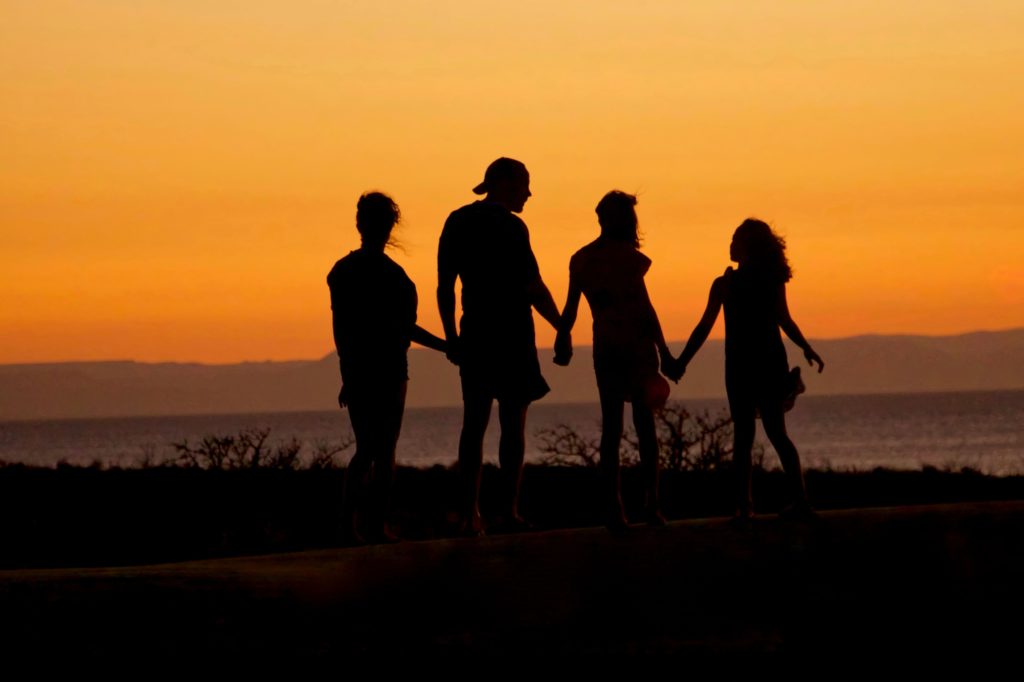 Mexico is great for traveling families since family is a cornerstone of the county’s culture. Extended families of several generations would commonly meet for La Comida or lunch. Though the people’s daily life varies depending on the socioeconomic level and regional characteristics, specific traditions are common throughout the country. It is customary to wash down after meals with Aguas Frescas, or sweet drinks served while chilled. The children will enjoy the taste of this traditional drink. In the evening, children can indulge in a sip of hot Atol which is a pleasant combination of water, corn, and spices.

Parents can take pleasure in alcoholic beverages but have to keep in mind the effect of high altitude. Several travel destinations in the country are at high altitudes. We are talking about elevations that can range from five thousand to seven thousand feet above sea level. It is important to note that alcohol has a more powerful effect on the body at higher altitudes. You might consider drinking in moderation, especially if you’re traveling in Mexico with young children or with babies. One more thing to note, it is customary to tip your waiters or bartenders anywhere between 10-20% of the total bill. This is pretty much the same as it is if you’re used to tipping in the United States.

Mexico is a great place to visit in terms of affordability, abundant natural resources, rich culture and tradition, a wide range of adventures, and luxury. Though mainstream media often exaggerates their narratives when reporting about Mexican events, it is still necessary to err on the side of caution, especially if you’re traveling solo in this foreign country.

Mexico is famous for travelers who love to party. At night the music of the Mariachis becomes more magical, and savoring drinks is something that you would feel obliged to do. The streets will come alive and travelers would go about the enjoy the night. If it is your first time traveling solo in this beautiful country, there are a few tips for you to make the most out of the night while staying safe.

Parties do start early in Mexico and often end at sunrise. Heading to your preferred clubs and bars early would be convenient so that you will not get caught in traffic and waste your precious vacation time. Also, unlike in the other parts of the world, the weekend actually starts on Thursday in Mexico.

The best way to enjoy these clubs is to dance the night away. A few drinks would earn you the courage to share your moves. It’s only right to enjoy the nightlife that Mexico has to offer, but remember to plan ahead. Make sure that you can return back to your hotel safely and make sure you have a reliable ride. It’s probably wise to call an Uber. Also, be careful on the street because drinking and driving may not be allowed in Mexico, but it’s still a common occurrence.

As for your hangovers, treatments are abundant in Mexico. Spicy soups are often proven to be effective and shouldn’t be too difficult to find no matter where you’re staying.

Your Travel Guide to Costa Rica in December and January

Lithuanian Women – How to Meet Girls From Lithuania

How to Make a Mexican Tree of Life